St Vincent’s School had its beginnings in Medina, on Pace Road before the relocation in 2004 to our present site on Parmelia Avenue in Parmelia. The address may have changed but the strong sense of community, belonging and pride in the school is still very much alive.

Archbishop Prendeville supplied a loan for the purchase of a site and building of the Church / School, which commenced in June 1955. The actual construction work was carried out by Fr Harper and the parishioners. The building was completed and opened by the Archbishop on December 18, 1955, in time to celebrate Christmas Mass. 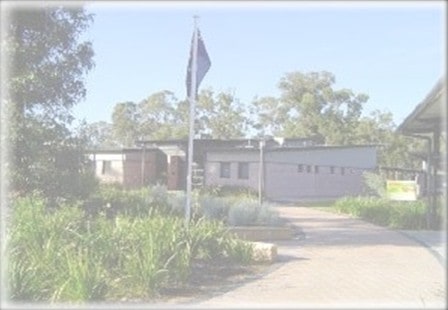 The Church and School were one and the same building, comprising of a sacristy and four classrooms, three divided by partitions. Every Friday afternoon the Year Seven students had to move the blackboard, push the concertina doors back and move the classroom benches so that things were ready for weekend Masses.

The children were very much a part of the early work. There was no grassed area for them to play on until it was planted by the students. They also brought rocks to school to help build the retaining wall for the tennis court.

Soon after the opening of the Church / School, Fr. Harper moved into the new Presbytery across the road. A new church was built and was blessed on the December 12,1968 by Bishop Myles McKeon.

The school was expanded in 1975, by the addition of a large demountable room, which later became the Parish Centre. In the next year, three more demountable rooms were added. They were two classrooms and the canteen.

In 1981, an intensive re-building program was undertaken. This included the addition of a new school Library, two new classrooms, a Music / Art Room, a new canteen and a completely renovated Office / Administration Centre.

Past pupil, Trevor Walley blessed our new school site with a Smoking Ceremony before building began in 2003. 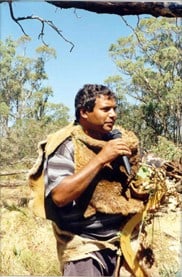 St Vincent’s School relocated to its current site on Parmelia Avenue in Parmelia for the commencement of the 2004 school year.

In 2008, the School Library was completed. Following that in 2010, we saw the official blessing and opening of the School Hall. Stage Three was completed in 2013 which included the current Year Three and Four block, refurbishment of the Kindergarten and Pre-Primary area, together with the Art / Science Room, boys, girls and disabled toilets, Archive Room, Cleaners Storeroom and Maintenance Storeroom.

Stage Four of the building program was completed in 2014 and is being enjoyed by the Year 5 and 6 students. This was the final building extension of St Vincent’s School.

The school completed its transition from a single stream to a fully operational, double stream school from Kindergarten to Year Six, with a total enrolment of 465 students and over 40 staff members in 2017.

In 1980, the school community realised they needed a school crest and motto. It was decided to have a competition to come up with a design, so once again, school and parish combined to create history.

Two parishioners won the competitions, Kim Rep, a past pupil who won $15 for creating the inspirational design and Hilary Tunnard, a parent of children at the school won her prize for the motivational motto.

With the opening of the school hall in 2010, the students planted a West Australian Kings Park Special, which represents the Spirit in our school motto.

Four olive trees were planted to symbolise Peace. They represent the four groups of our community – Parents, Staff, Students and Parish.

The rosemary around the Spirit tree represents Wisdom. 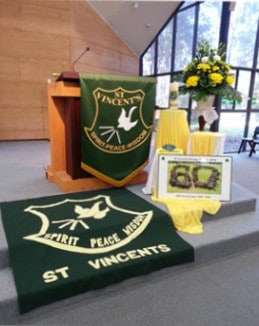 For More Information, Contact One Of Our Friendly Staff